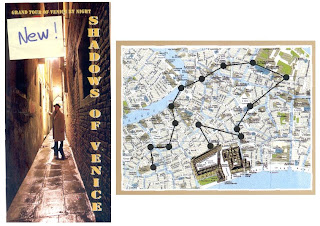 Shadows of venice is an itinerary created by an experienced official guide in Vneice, and is intended to showcase the most notable highlights of our fascinating city by night.
Venice after dark is extremely suggestive, with her eerily lit churches and palaces silhouetted against the night skiy, allowing free rein to your imagination.
This walk tour lasts about 2 hours and your tour guide (with help of a powerful torch to illuminate the most important sights and details along the way), will illustrate historical facts, quirky anecdotes, legens and lore, mistery and romance, and why not, also the spicier love stories that had Venice as their background.
The starting point of the tour is the Clock Tower in St mark's Square. Next, you will walk to Campo Santa Maria Formosa, passing by the palace that was the residence of beautiful Bianca Cappello and the so-called "Angel" Palace. The area around Capo San Giovanni e Paolo is a treasure-trove of artistic and architectural sights:the equestrian monument of Bartolomeo Colleoni and the Miracoli Curch are just two of them. You will see also: Rialto Bridge and the Church of San Giacometto, reputedly one of the oldest in Venice, the Gran canal, La fenice Opera House, Palazzo Contarini.
Far from being a pedantic list of things to see, the tour will have an amusing, communicative character, stimulating conversation among the partecipants, and will include a stop for drinks with your tour guide in a typical venetian pub or club, where you will get a glimpse of how real venetians live.


Price per Person 60,00 €
(minimum 4 people)
With private guide in all European Languages! 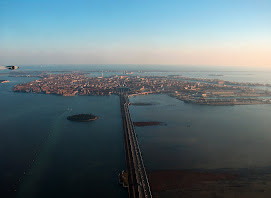